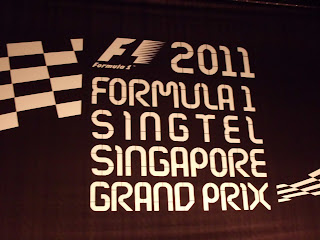 all of a sudden, this woman comes up to us saying that for every two tiger beers, we would get a chance to win a day pass to the grand prix. she had a little bag with ping pong balls - 15 white ones, one green, one blue and one red. if you got one of the coloured ones, that was a win.

sophie, a british girl - with whom i've totally bonded over uk and swedish drinking cultures - was the first one out. she managed to get a blue one, which meant a day pass for the saturday. then it was my turn and.. wait for it.. yes, i got a red one - a pass for the sunday. we tried to swap sophie's blue one for a red one, but there were no more red ones left so we swapped mine for a blue one instead. the woman couldn't believe we both managed to win and told us one guy had tried seven times without succeeding (which might also have meant he had 14 beers..).

and that's not all. then clara and lucía won too! clara on the first try and lucía on the second. the woman's eyes nearly fell out.

the week of the grand prix came and one day i got a text from sophie. she had gotten two tickets for the friday from work. not just any tickets, tickets to the sky suites were you got free food and drinks all night. she said that when she heard there were free drinks, she instantly thought about me. and of course i was up for it!

the friday was amazing! we were just by the pit stop so could see everything. i don't think i've ever had that much champagne in my life. it did get a bit noisy though since we were so close.
when the event closed at midnight, we went to one of the roof top bars, altitude on the 62nd floor - amazing view - with some guys who were in the same sky suite as us. the evening ended with bunch of people going for a swim in the pool at one of the guys' condos. got home at 6.30 in the morning. what a night! 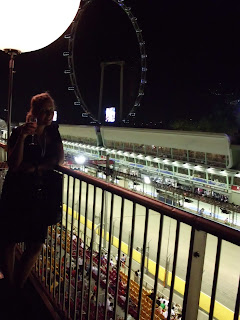 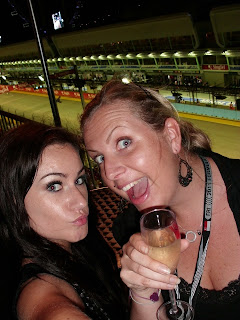 the next day, it was time for all the big entertainment. we went to see rick astley, shakira and shaggy. my absolute favourite was shaggy. he really involved the audience and it was so much fun to see him. we danced and danced and danced and sang along. fantastic boombastic! 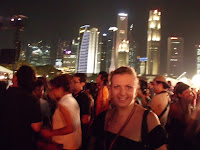 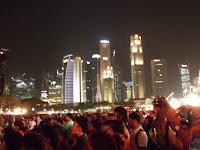 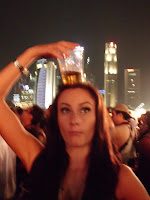