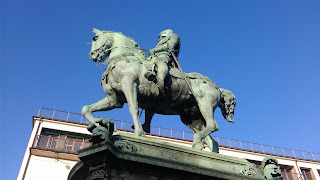 kopparmärra - a statue in central gothenburg. you see the sky, that's what i'm talking about!
Posted by elin at 21:31