it's finally here, the episode you've all been waiting for - the season finale of mini ants! in this thrilling episode it is revealed that there are not ants left. at least, they haven't been around for days.. what a cliffhanger!

a decision about a second season - the return of the mini ants - has not yet been made.
Posted by elin at 14:21 1 comment:

even though i am the only freedman person in singapore at the moment, i have the pleasure of being around people anyway, sharing office with an agency. as a plus, not only are the people nice, so is the office. but on the other hand, who would have expected anything less of jackie chan?

anyway, thought i'd put up some pictures for you to judge for yourselves. 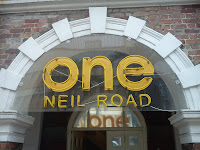 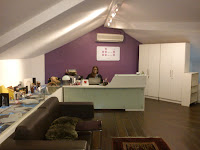 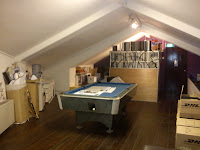 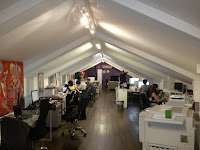 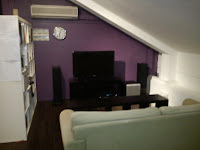 view from reception
- my desk on the left 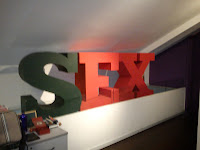 
sex sign
- only because i don't want you to worry about what kind of office environment i'm working in
(or even worse, start questionning what it is i am actually doing here), i can reveal that these letters come from a campaign called soccer ex. at least, that's what they are telling me...
Posted by elin at 00:02 2 comments:

this weekend, my thoughts have been with norway and all the people who, in one way or another, have been affected by this awful tragedy. i can't even imagine what they have been going through - the horror, the fear and the grief. it makes me scared just to think about it. but the fact that no one could predict it and that so many innocent people were killed and injured makes me even more scared - we can never, ever be safe anywhere.

after this, it feels wrong saying that i had a very nice weekend. but i did.

on friday, i felt a bit lonely and homesick. the whole internet saga hanging over me didn't make things better (i.e. rubbish connection. normal surfing is a challenge, streaming tv and, god forbid, skype - big no no's). just wanted to give up and go home to good old europe.

then richard, one of the guys from the agency where i'm sitting, asked if i wanted to come out for drinks with him and his friends. yes please! a friday without friday drinks can barely count as a friday.. a second later, the phone rang. it was ryan, who used to be 'freedman singapore'. she was back in town, asking if i wanted to meet up.

friday night was a really nice night out. richard's friends were all very friendly. we drank martinis, danced and chatted. didn't get home until four o'clock in the morning and had by then been invited to come along for lunch and a girls' night out.

both yesterday and today have been very chilled out days. yesterday, i went to the beach on sentosa island. it is a kind of artificial island. the beaches are man made - nonetheless very nice - and there are lots of attractions; e.g. rollercoasters and things like indoors skydiving. i just went for the beach. today, i had a lie-in and then went down to the swimming pool with a good book.

all in all, a very nice and relaxing weekend. here's a picture of my view on the beach. 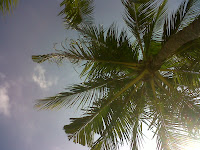 just bought ant baits. the ants are supposed to eat it and bring it back to the nest to kill the queen. that way you eliminate the nest. already seen one ant go into the trap. poor thing, feels really mean. 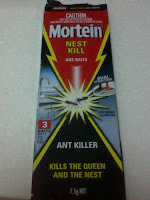 at first, i didn't mind the mini ants, but just discovered they have decided to move in with my breakfast cereals. it's now time to eliminate the mini ants. stay tuned for more updates.
Posted by elin at 08:08 2 comments: 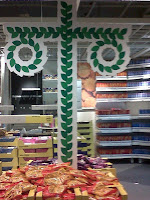 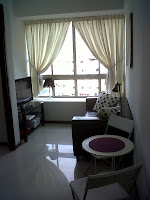 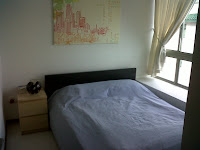 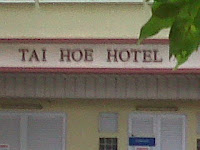 and no, this last picture is not my hotel, just thought it was a funny name..
Posted by elin at 22:25 4 comments:

changed hotels today. to the hotel across the street, basically. naive as i am, i thought that i would be able to move in to the apartment as soon as london had said yes. found out last night that wasn't the case. went to the reception to ask for an extended stay only to find out there were no rooms available. hence the move to the other side of the street (to where i actually took a taxi, but before blaiming me you should see my massive suitcase not to mention all the stationary i had to carry).

very nice hotel though. i get complimentary drinks in the executive lounge, every evening between 6 pm and 8 pm. got my room at about 7.45, decided to check out the drinks. went to the restaurant, got re-directed to the bar and then again to the lounge. rushed in at 7.57 an managed to get a drink. gratis är gott, as we say in swedish.

also went out for dinner and when returning to the hotel, i took the lift up to the 10th floor, but couldn't find my room number. thought i must have gotten into the wrong lift because the corridors looked a bit different as well. went down again and to the reception.

i walk away, laughing to myself. funniest singapore moment so far.
Posted by elin at 00:24 4 comments:

several things have happend today. the best one is that london approved of the apartment and unless anything goes terribly wrong, i'll move in by the end of the week. wohoooo!

last, but not least, we went to buy some stationary for the office. very nice. now mike has just arrived from london too. tomorrow he'll sort out the it and tonight we're going out for dinner. imagine that. a table for three.
Posted by elin at 19:32 1 comment:

went out for dinner last night. around my hotel there are a lot of restaurants and pubs, most of them foreign, like australian, belgian, italian, just plain european (whatever that is supposed to mean) and so on. i don't really like to be the kind of tourist that goes to the other side of the world only to end up at the same kind of restaurant as i would normally do at home. so i made an effort and after some walking around, i found a japanese restaurant.

'do you have a table for one, please?'

sat down and while looking at the menu, i got some nibbles (cabbage and a redish sauce). after 20 minutes, i still hadn't found anything that sounded the slightest bit nice or i even recognised at all - they were serving things like 'garlic turned with chicken skin', 'pregnant fish', 'salmon belly'.. well, you get the point.

so what should i do? i left. and guess where i ended up? hannibal - european pizza & grill, having a lasagna..
Posted by elin at 11:10 4 comments:

most welcome to my blog. i've never had a blog before. i have, however, read quite a few so hoping to get the hang of it soon. for those who are wondering, swediporean is my new word - a mix between 'swedish' and 'singaporean'. i think it's very clever.

so.. now i'm here, in singapore. not much has happened since i left europe almost a week ago. flew out on monday evening, landed around 6 pm on tuesday. took a taxi to my lovely hotel and went to bed. the weird thing is, when i fly short haul, i always fall asleep straight away and quite often manage to sleep the whole flight through. when i fly long haul on the other hand, i find it really hard to sleep, hence the tiredness when i arrived.

the wednesday i went to look at some apartments with an estate agent i'd been in contact with before leaving. she showed me four apartments, all of them really nice. the only problem seems to be to get a short term lease that matches my budget. accomodation in singapore is extremely expensive and there doesn't seem to be something inbetween really tacky and luxurious. i'm not that keen on living in a really tacky apartment, but i don't know how to afford a luxury apartment.. you see my dilemma..

anyway, have managed to involve another agency and will have more viewings tomorrow. hopefully, it'll all be sorted by the time i'm due to leave the hotel on tuesday (but not to worry, i think i will be able to extend my stay if not). i have, of course, done some other things than just apartment hunting, like having a swim in the hotel pool, reading, watching grey's and private practice, stopping by at the office to say hello, having lunch with elyne, or accountant here in singapore, and exploring the city (i.e. walking around getting lost). it's just that the whole apartment thing takes up quite a lot of my thoughts.

blabidibla.. saturday evening and i'm going out for dinner, on my own unfortunately. no new friends yet. must admit i'm no big fan of dining on my own, but think it might be a good experience in some weird way.